Formosa is the control system for the underwater Drone developed by ROV MAKER. What makes the solution special is that it is ready to play. The system includes both software and hardware and it saves lots of effort for the developers who want to DIY their own ROV/underwater drone and thus enable them to focus on other domains like mechanic design and waterproof issues. Formosa is already integrated into Voyager II, a product of ROV MAKER.

The difference between the control style of a drone on air and an underwater vehicle is the medium they involve. Radio waves have more dozen of time attenuation in progress under water than on air. the More frequency of radio wave has more attenuation underwater. That is why it is a popular and mostly the only way to control an ROV underwater by cable.

One ROV control solution often adopted is the combined use of Pixhawk, Raspberry Pi and Ardusub. Pixhawk is the mainstream control system on drones. Raspberry Pi is devoted to video transmission and running Ardusub, a branch from Arduino that has commonly been used for ROV control software.

The above solution is excellent, but developers still need to assemble Pixhawk and Raspberry Pi and optimize the space inside an ROV tube to arrange the two modules. Building up Ardusub is another task that makers need to take on in order to DIY an ROV.

The Software of Formosa solution is based on the HTTP client-server model. Developers can simply set up the Formosa solution in their ROV and operate the vehicle by means of the chrome browser on a Notebook/Tablet. The developer can also add new features by writing JavaScript code to access the Chrome plugin. You can know more about the software architecture on this link

The Formosa solution set is calibrated before shipping, including the electronic speed controller. You can enter the Factory Test Mode to make adjustment. 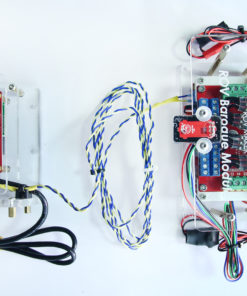 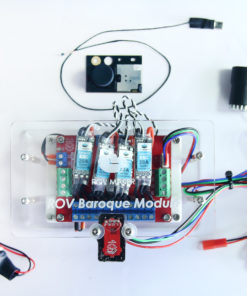